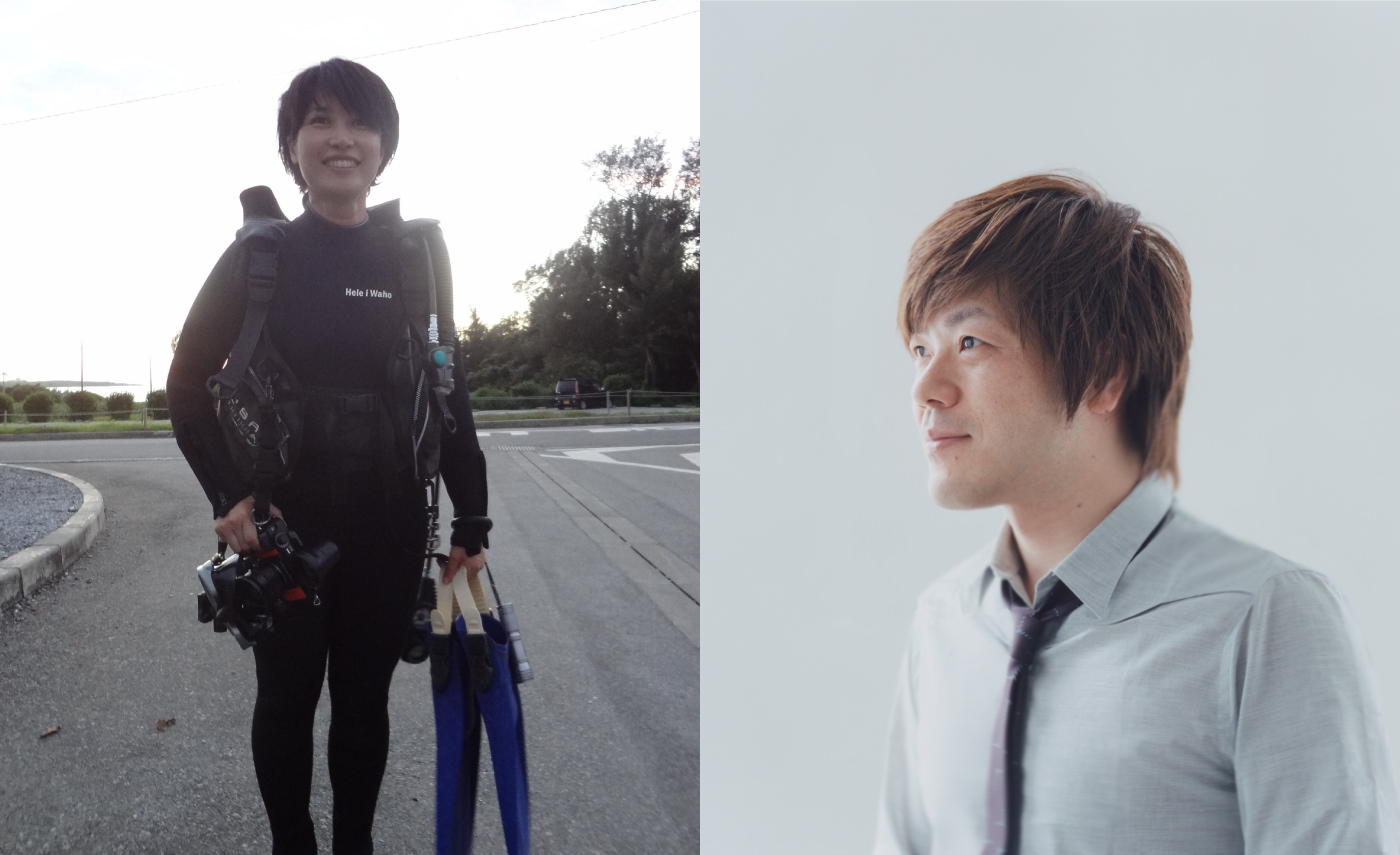 Noguchi Rika was born in 1971 in the city of Omiya (current city of Saitama). Noguchi graduated from the Department of Photography, College of Art at Nihon University in 1994, and having based her practice in Berlin for 12 years, currently lives and works in Okinawa. Recognized for her photographic works including “A Prime” (1997-),“Color of the Planet” (2004), “In the Desert” (2007-) that convey a unique sense of distance to the subject and appears to freshly recapture the given world replete with convention, Noguchi’s gaze that is expressed through her practice is critically described as “the stranger’s eyes” at work. In recent years she has produced works that focus on the subject of light, an essential element within the medium of photography, while simultaneously incorporating astronomical aspects such as in “The Sun” (2005 – 2008), a series that photographs the sun as a source of light through use of a pinhole camera, and “I Dreamt of Flying 2” (2009-), inspired by the phenomenon of the starbow in which the light of the stars seen from a spacecraft traveling close to light speed is warped and appears multi-colored by theory of the Doppler shift. Noguchi’s solo exhibition “Light Reaching the Future” held at the IZU PHOTO MUSEUM in 2011, in which she juxtaposed such photographic works with silkscreen works had served to further deepen her consideration both towards light and to photography (the film camera), by means of methodically deconstructing and inspecting the compositional elements of the photograph.
Her major solo shows include: “Light Reaching the Future”, IZU PHOTO MUSEUM, Shizuoka (2011); “The Sun”, Mongin Art Center, Seoul (2007); “Color of the Planet”, DAAD Gallery, Berlin (2006); “Somebodies: Noguchi Rika”, Ikon Gallery, Birmingham (2004) and “I Dreamt of Flying: Noguchi Rika”, Hara Museum of Contemporary Art, Tokyo (2004). Her Major group shows include: Saitama Triennale (2016); “The Living Years”, Walker Art Center, Minneapolis (2012); YOKOHAMA TRIENNALE 2011, The Yokohama Museum of Art / NYK Waterfront Warehouse, Yokohama (2011); “The Light: MATSUMOTO Yoko / NOGUCHI Rika”, The National Art Center, Tokyo (2009); 55th Carnegie International, Carnegie Museum of Art, Pittsburgh (2008); Sharjah Biennial 8, Sharjah Art Museum / Expocentre Sharjah (2007); “The Door into Summer―The Age of Micropop”, Contemporary Art Center, Art Tower Mito, Ibaraki (2007); PHOTOESPAÑA 2006, Museo San Roman, Toledo (2006); “Commonscapes: Photography Today, Views of the Everyday”, The Miyagi Museum of Art, Sendai, Japan (2004); “Moving Pictures”, Solomon R. Guggenheim Museum, New York (2002) / Guggenheim Museum Bilbao, Spain (2003); “Photography Today 2―[sa´it] site/sight”, The National Museum of Modern Art, Tokyo (2002); “Facts of Life: Contemporary Japanese Art”, Hayward Gallery, London (2001) and “The Standard”, Naoshima Contemporary Art Museum (currently Benesse Art Site Naoshima), Kagawa (2001).

Hirano Keiichiro wrote his first novel when he was only seventeen. After that, his writing career took off with incredible speed, and his historical novel Nisshoku (The Eclipse), set in medieval France, won him the Akutagawa Prize in 1999. Hirano may have been the youngest-ever winner at only 23 years of age, but his use of elegant, classical language and profoundknowledge of European history had critics lauding him as the next Yukio Mishima. Hirano followed Nisshoku’s success with Ichigetsu monogatari (Tale of the First Moon) and Soso (Farewell to the Departed), set in late 19th century France and early 20th century Japan,respectively. 2003, however, marked a turning point, wherein Hirano began writing shorter stories about contemporary society and a range of themes pertaining to it, such as war, family, death, modernization, and technology.
Starting in 2004, Hirano spent a year in Paris as a cultural envoy appointed by Japan’s Ministry of Cultural Affairs. During this time, he travelled all over Europe giving lectures. After his return to Japan, he wrote a number of essays, but by 2008 his love of fiction had him returning to fulllength novels. The 2008 murder mystery Kekkai (Dam Break), and 2009 science fiction novel Dawn both received rave reviews, as did his Katachi Dake no Ai (Artificial Love) in 2010.
Currently Hirano is writing a novel that is being serialized in the manga magazine Morning, entitled Kuhaku wo Mitashinasai (Fill the Void). Since 2008 Hirano has been a judge for the Yukio Mishima Literary Prize and the Higashikawa Photo Prize. Through translation, his novels have come to be widely read in France, Korea, Taiwan, Russia, Sweden, and Egypt.