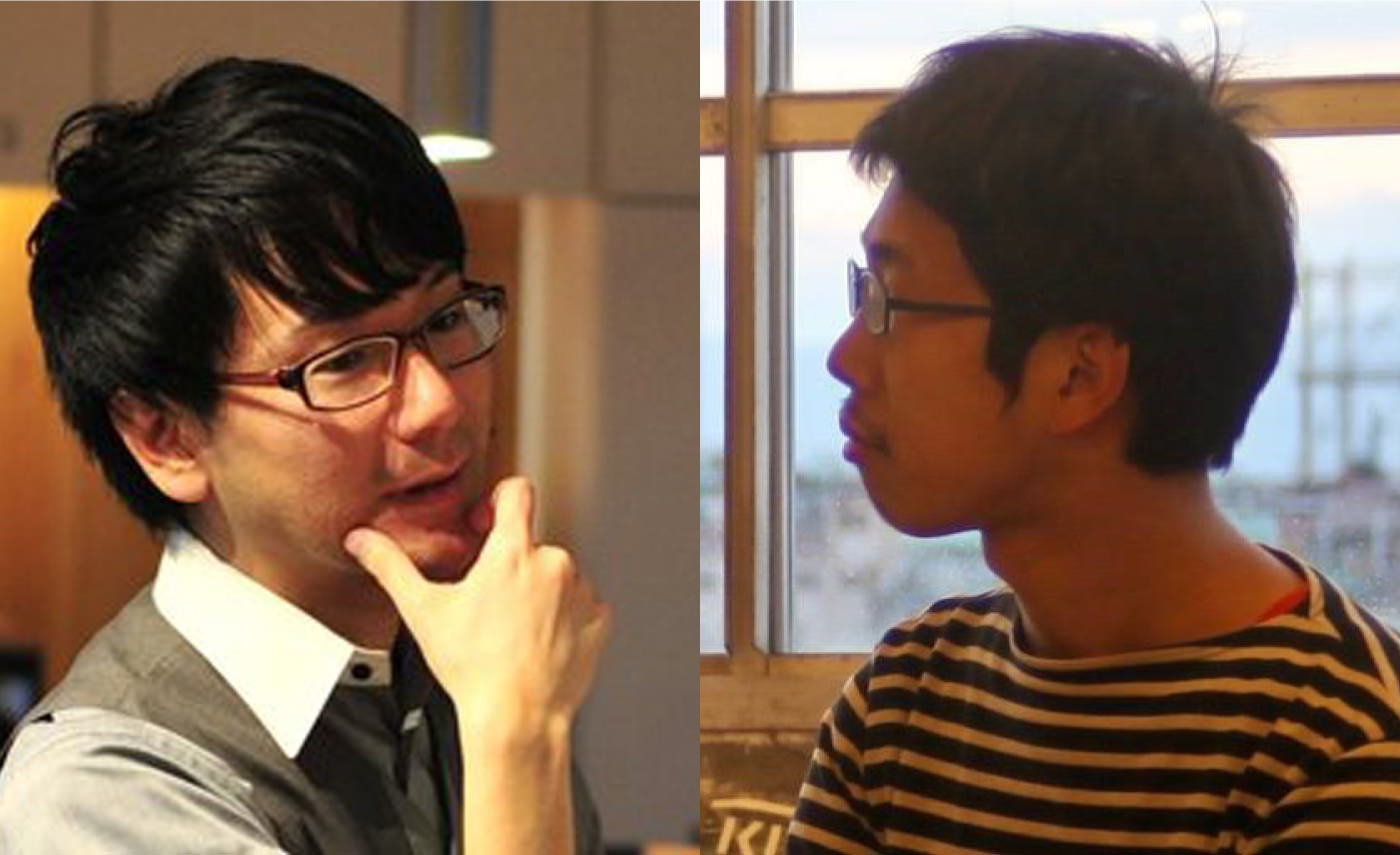 Bumnei Shirabe (b. 1980, Tokyo) is a photography historian and critic, as well as a lecturer at Japan Women’s University. He has contributed to Asahi Camera, Nippon Camera, Shashin Gaho, PhaT PHOTO. His theses include Ａ・Ｌ・コバーンの写真における都市表現――三つのニューヨーク・シリーズを中心に―― (Department of Aesthetics at The University of Tokyo, 2013), 御真影と『うつし』 (the exhibition catalogue Kageutsushi – reflection, transition, Infection, Kyoto City University of Arts Art Gallery, 2013) and ジェフ・ウォール――閾を駆るピクトグラファー (“Shashin Kukan 4” Seikyusha, 2010).

Arata Hasegawa is an independent curator born in 1988. He graduated from Kyoto University Faculty of Integrated Human Studies majoring in Cultural Anthropology. From 2013 to 2014 he was a chief curator of the exhibition “KITAKAGAYA CROSSING 2013: MOBILIS IN MOBILI -crossing today” that happened in Osaka “Kyoto University of Art and Design, Galerie Aube, Kyoto” <Tokyo and Kanazawa through 2013 to 2014. His independent curatorial projects include “On the deserted islands – Sculptures/ 3D-Works/ Installations in 80s” in 2014> “Palais de Kyoto / Nothing But Sound”( ART ZONE) in 2015, “Chronicle, chronicle!” (Creative Center OSAKA), in 2016.Currently his critiques are monthly published at Bijutsu-Techo. From October 14th to November 26th, he will curate an exhibition “Impurity / Immunity” at Tokyo Arts and Space Hongo.