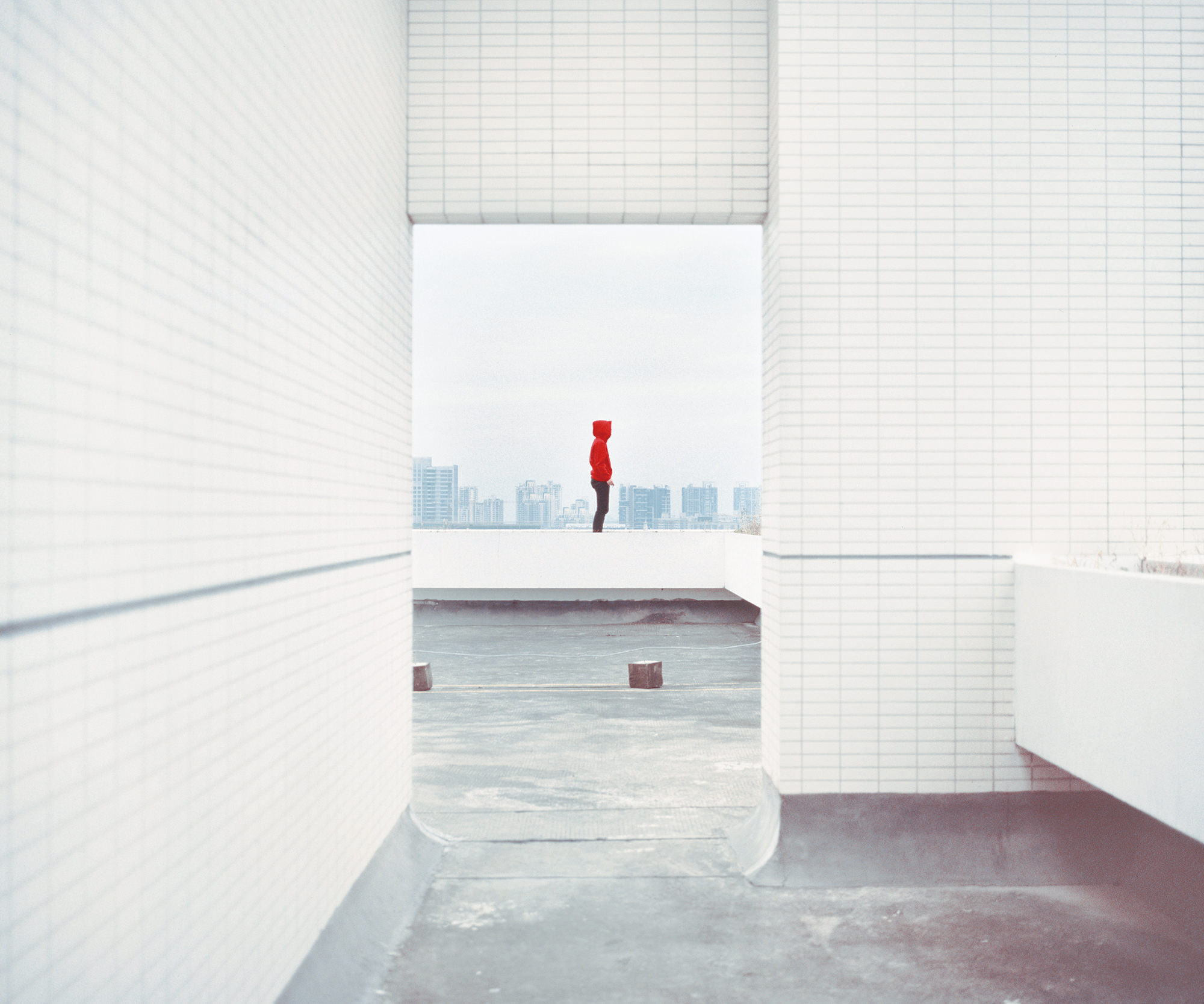 Exhibition URL: “I know something about love, Asian contemporary photography“

Ayano Sudo
The subject of her work is the desire to transform oneself, surpassing one’s granted gender. Ayano Sudo photographs herself and other models in various locations and countries, and also in her studio in Japan; the settings and the processes that undertake the transformations thus go further beyond given nationality, sexuality, or time period. The resulting work, color prints on textured paper, floats between photography and Shojo-Manga (a genre of manga destined to girls between ages 10 to 18), and is decorated with
rhinestones and glitter, sparkling and shining almost like stage make-up under spotlights when installed.
Ayano Sudo was born in 1986. After completing a study exchange program at Beaux-Arts de Paris in 2009, she graduated from Kyoto City University Of Arts in 2011. The same year she received the Yasumasa Morimura prize, part of Mio Photo Osaka. Won Canon New Cosmos Grand Prix 2014. She will take part in the group exhibition “I know something about love, asian contemporary photography” at Tokyo Photographic Art Museum in October 2018.

Chen Zhe’s practice is often restored as an ongoing process of exploration, discovery, and research. In her early work The Bearable and Bees, where the physical self-destruction of her subjects is identified as an act of spiritual cleansing, Chen searched after the possibility of “another way of telling” by expanding her photographic observations with a collection of letters and journals. In her current project Towards Evening: Six Chapters, Chen uses dusk as her motif to continue her quest of the visible and the speakable, in this case, to explore the ambiguous meeting point of visual representations and language.

Chen is the recipient of the Three Shadows Award (2011), Inge Morath Award from the Magnum Foundation (2011), Lianzhou Festival Photographer of the Year Award (2012) and the Xitek New Talent Award (2015). She is also subject of TV documentary films Chinese Viewfinder produced by ARTE, France (2013) and China Through the Lens of Youth produced by NHK, Japan (2014). Her latest publication Bees & The Bearable was awarded the Best Photobook of the Year by Kassel Fotobookfestival in 2016.

Geraldine Kang
Geraldine Kang is a visual artist based in Singapore and New York. Trained in photography, Kang’s practice has expanded to include large-scale installations, collaborative engagements and publications. On the whole, photography and art serves as a channel of introspection for Kang to unearth overlooked and unseen spaces. Over the past few years, Kang’s work has come to focus on the precarious living conditions of transient and peripheral populations. Kang’s recent group exhibitions include “Distance” (2017) at Ota Fine Arts Singapore and the upcoming “I know something about love” (2018) at the Tokyo Photographic Art Museum. Her solo exhibitions include “Tell me something I don’t know” (2014) at Grey Projects Singapore, “Still we walk on fences” (2015) at the Institute of Contemporary Art Singapore and “2 Parts 2” (2015) at the NTU Centre for Contemporary Art Singapore (NTU CCA). Kang was also an artist in resident with NTU CCA in 2017 and was awarded the National Arts Council Arts Scholarship for graduate studies in the same year.

Yaji Huang (Gallery Owner)
Yaji Huang (b.1976, Taipei) is the owner of Each Modern. The gallery, formerly known as aura gallery taipei (2014-2017), commits to inventive art forms and dialogues across regions by bringing to light the uniqueness of each artist’s practice. A pivotal player in Taiwan’s art arena, the gallery focuses on avant-garde, mid-career and emerging contemporary artists from China and Taiwan, as well as international photography masters. Prior to being a gallerist, Huang was an independent writer and curator from 2008 to 2014.