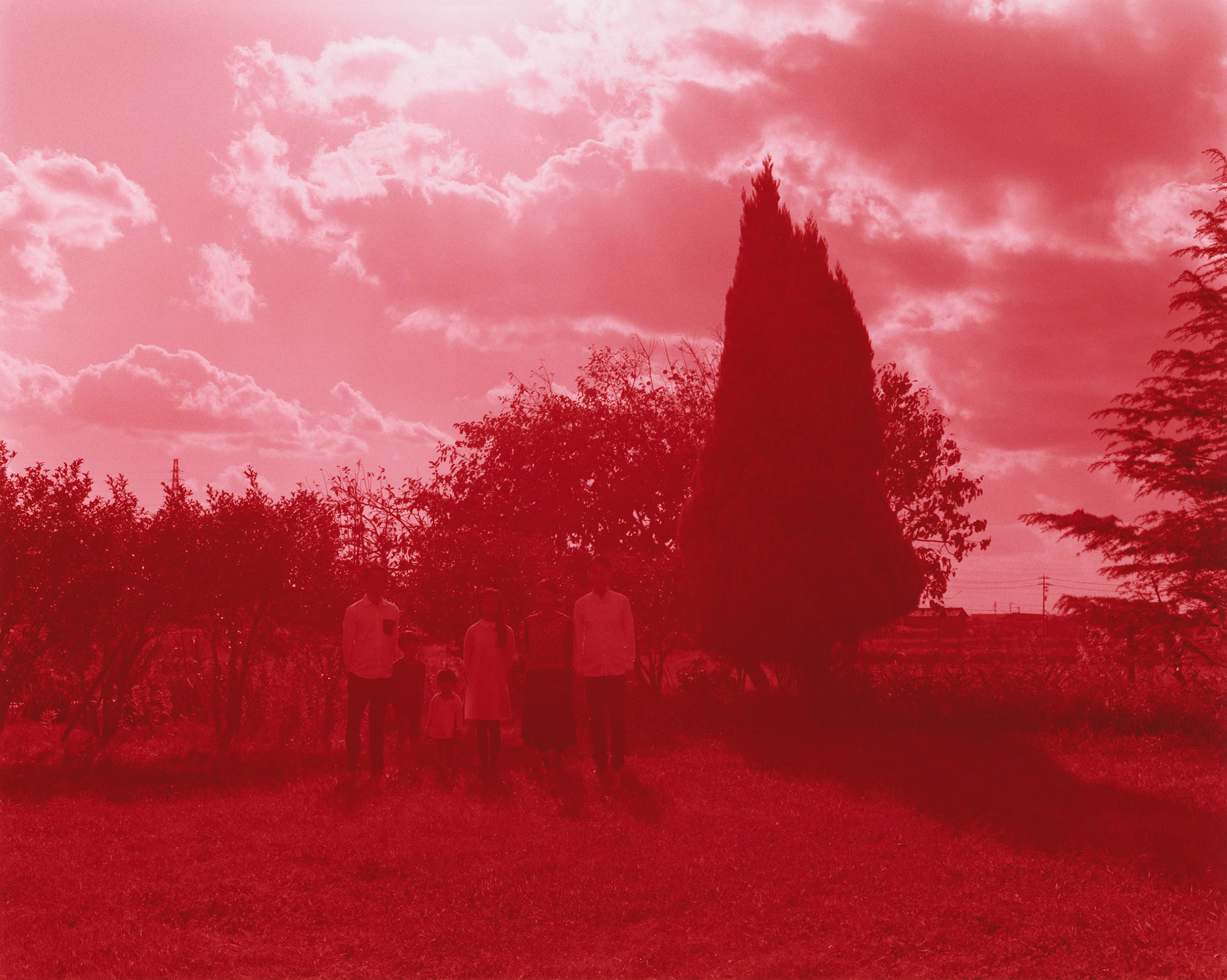 Takahiro Ito
Born 1986. After working in the Musashino Art University Museum & Library, he presently works as a curator for the Tokyo Photographic Art Museum. His main curatorial shows include “Nagashima Yurie: And a Pinch of Irony with a Hint of Love”(2017), “In the Here and Now”(2017).

Eiki Mori
Born in Kanazawa, Japan. Graduated from The Photography Dept., Parsons The New School for Design in 2011. He won the 39th Kimura Ihei Award in 2014 for intimacy. Currently lives in Tokyo. Eiki Mori is a Tokyo-based artist, known for his photography exploring themes about ‘same-sex marriage,’ diversifying ‘family forms,’ and ‘gender identities,’ through putting himself in a fictitious situation amongst his lover and friends in front of the camera. The concentration on this theme implies retrieving and connecting those who live together, a microcosmos of the social community in diversified forms and sexualities. For his practice, he uses multiple medias such as photography, videos, performance, and text.

MIYAGI Futoshi
Futoshi Miyagi was born in 1981 in Okinawa, lives and works in Tokyo.
After graduating from high school, Miyagi moved to New York and started his career as an artist whilst working in a bookstore specializing in art-related books. His works are mostly derived from his personal experiences and memories, and underlying themes such as nationality, ethnicity and identity. He develops these ideas and experiences in the form of photographs, videos, objects and texts. His novels “America no Fukei (Scenes from America)”, “Kurayami wo miru” and “Stranger” were published on “Bungei” magazine in 2017. He also co-directs artist-run-space XYZ collective. His recent exhibitions include “How Many Nights” Gallery Koyanagi (2017); “Almost There”, Jorge B Vargas Museum, Manila (2017); “Aichi Triennale 2016: Rainbow Caravan” various locations, Aichi (2016). He was selected as a finalist for Nissan Art Award 2015.

Graduated from Ritsumeikan University, College of Letters, and from Nihon University’s College of Art, Photography Department. The works in her early “KAZAN” series, combining natural sceneries of suburban Tokyo and nude young models, are subtle and strongly sensitive portraits of the city that have been attracting attention worldwide as a new type of Tokyo style photography with a unique blend of beauty and eroticism. Hosokura was selected as a “Foam Talent 2011” by the Dutch Foam Magazine in 2011, and participated in a residency program at the Kuandu Museum of Fine Arts, Taiwan, in 2012.  Solo exhibitions include “Jubilee” (nomad nomad, Hong Kong, 2017), “CYALIUM” (G/P gallery, Tokyo, 2016), “Crystal Love Starlight” (G/P gallery, Tokyo, 2014), “Floaters” (G/P gallery, Tokyo, 2013) and “KAZAN” (G/P gallery, Tokyo, 2011). Her works were also exhibited in the two-person show “Homage to the Human Body” (Galleri Grundstof, Aarhus, Denmark, 2017), and in the group exhibitions “Jimei x Arles: Tokyo Woman New Real New Fiction” (Xiamen, China, 2016) and “Close to the Edge: New Photography from Japan” (Miyako Yoshinaga, New York, 2016). Photo books include KAZAN (artbeat publishers, 2011), Floaters (Waterfall, 2014), Crystal Love Starlight (Tycoon Books, 2014), Transparency is the new mystery (MACK, 2016), and Jubilee (artbeat publishers, 2017). Cyzo published a book of the “Kawasaki Report” series that was initially coproduced for a monthly magazine with Ryo Isobe.

Tomoko Kawai
Tomoko Kawai is a Japanese photographer/artist based in Berlin, Germany. She studied at Academy of Art University in San Francisco. She has been exploring ‘forms of life’ by observing the ‘ambiguity’ and ‘uncertainty’ of reality in the relationship between human being, nature, animals and the city. Her recent solo exhibitions include [ On the Origin of Springs ] at Künstlerhaus Bethanien (2018,Berlin), [ Utopia ] at gallery916 small (2014,Tokyo). She has been awarded the 2nd prize of TokyoFrontline Photo award (2013, Japan). Grant recipient of the Agency for Cultural Affairs of the Government of Japan. (2016-17,Germany). Artist-in-residence in the international studio program at Künstlerhaus Bethanien (2017-18,Berlin).