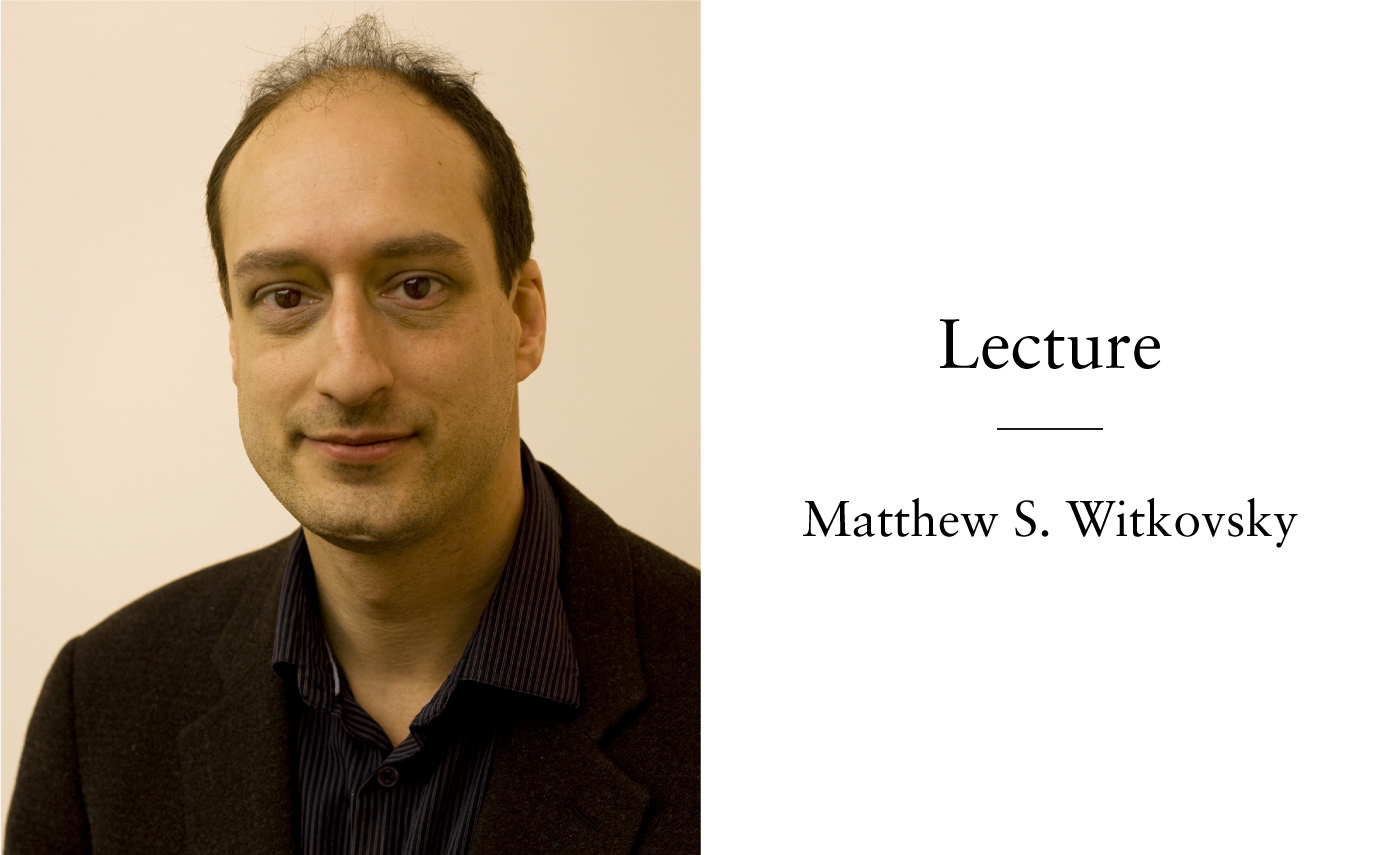 Matthew S. Witkovsky is Richard and Ellen Sandor Chair and curator, department of photography, at the Art Institute of Chicago. He has occupied the position since 2009, after working at the National Gallery of Art (2002-2008). He received his undergraduate degree in literature from Yale University (1989), and his doctorate in the history of art from the University of Pennsylvania (2002), with a thesis on avant-garde art in the former Czechoslovakia.
Witkovsky has organized more than twenty exhibitions and authored or edited one dozen books, among others on photographers Sarah Charlesworth, Josef Koudelka, and Christopher Williams. He has won the Kraszna-Krausz Book Award two times, first in 2008 for Foto: Modernity in Central Europe, 1918-1945 (National Gallery of Art, 2007) and again in 2016 for Provoke: Photography in Japan between Protest and Performance, 1960-1975. (LE BAL and the Art Institute of Chicago, 2016). During his tenure at the Art Institute he has added approximately 600 postwar Japanese photographs, and 350 photobooks and photo magazine issues, to the museum’s collections. Among these are strong holdings of work by Nakahira Takuma, Tomatsu Shomei, and anonymous protesters at Narita airport; also represented are photographers Araki Nobuyoshi, Hosoe Eikoh, Ishiuchi Miyako, Kitai Kazuo, Moriyama Daido, Suda Issei, Takanashi Yutaka, and Watanabe Katsumi, among others.